Sharon, congrats on winning the BRAG Medallion for your book, Dirt. Please tell me a little about your story?
First I would like to thank indieBRAG for the award and the readers who enjoyed the book. Dirt is an historical fiction book that started out as YA and seemed to slip into the adult readers world. The story is centered around two children, Sammy and Birdie Larkin, who find themselves orphaned during the great Dust Bowl in the panhandle of Oklahoma. They decide to pretend their parents are still alive and continue to live on their family farm rather than be separated and sent to the state home for orphans. Living in a rural area, the fact that their parents are never seen goes unnoticed for some time. The children find ways to stave off the worse of their hunger and fend for themselves in a very hostile environment. That is until an incident causes them to rethink their actions.
After I published the book, I’ve talked with quite a few people and found they have a relative who had gone through the same type of experience and had heard the stories of living day to day never knowing where their next meal would come from and keeping the fact that they were orphans from everyone knowing. It’s amazing how a fictitious story could end up having so much of actual people’s lives in it without knowing this when you wrote it. 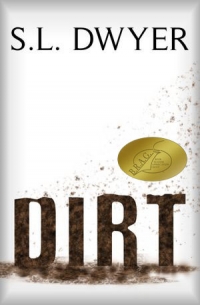 Who or what inspired you to write your book?
I moved in with my father to take care of him during a difficult illness and we would spend a great deal of time talking about his years growing up during the depression; what games they played, the types of food his mother would prepare, the clothes and transportation issues, the cost of things. The more he talked, the more a story began to form. Although he lived in the city in the east and the story takes place in a rural county in Oklahoma, many of the life scenes could have been the same anywhere.
What was some of the research involved? Where there any challenges?
So much of the information came from my father’s memories. I did have to do some research for the actual prices of food, the county in Oklahoma where the story takes place and the weather. I wanted to make sure I portrayed the dust storms as accurate as possible. They were so much more than simple storms that plagued the country. Imagine looking into the horizon and seeing a black wall of clouds filled with dust rising hundreds of feet into the sky. Some people thought the world was ending as the clouds roiled and churned toward them, turning day into night.
The biggest challenge was making the characters of the two children interesting enough to carry the entire book themselves. When you don’t have vampires, werewolves or paranormal situations, the everyday life of two children can be boring. So, I had to make sure the reader could care about them and their plight. Using some minor characters to enhance the story became the means to do this. In their own right, those characters are interesting in themselves, but they create situations where Sammy and Birdie have to interact and pull off their deception.
Was there a particular scene that you found a challenge to write?
Oh my goodness, yes. The scene where Sammy finds his parents bodies.  How could I ever get into a child’s head in that type of situation? Not only were his parents dead, but he had no one to go to for help.  I struggled with that for days trying to figure out how he should/would react. I tried to imagine how I would have reacted and decided on using one emotion – anger. Anger can fuel so many decisions and this time it hardened a young boy and enabled him to take control of his life and his   sister’s.  It’s strange because so many readers mention that scene and they felt his reaction was just what they thought a young boy would go through. I felt vindicated in my decision.

What is your next book project?
I’m currently working on a YA story where two city children, 15 and 11, are sent to their great-grandmother’s home in the Appalachian Mountains for a visit in the summer. No TV, no cell phone reception, no neighbors, no mall and no summer parties. Not their choice of summer fun, until they discover a fantasmagorical forest with its wonders and dangers.
What is your favorite genre?
I’ve written in several and I really enjoy YA. Kids are so much more fun to write than adults. They are straight in your face honest about their feelings. They have a language that is fun to write and their actions are so unpredictable.
Paperback or e-book?
Dirt is in paperback and most e-book formats.
What are you currently reading?
I just finished The Twelve by Justin Cronin. A  remarkable look at the resilience of mankind.

About how many books do you read on a average per year?
I read about three to four a month. So it adds up to forty eight books a year - give or take. I read every day. It inspires me to become a better writer when I have read a well written book.
What advice would you give to an inspiring author?
Learn the craft, even if it means rewriting what you’ve written many times over. My     first book, If Truth Be Known, took thirty four rewrites before it was ready. I was learning as I edited and rewrote. No one wants to read a book that is poorly written. You may have a great story, and many writers do, the gauge is how the words are placed on the page as to whether it gets into the hands of readers.
One important thing to always remember – keep writing.  Your best stories will never be read by anyone if you stop. Sure, there’s a lot of competition out there and it’s really difficult to be seen in the ocean of books floating around, but, if you are serious and are willing to work hard, you will be noticed.

How did you discover indieBRAG?
They were mentioned to me during a discussion on a website forum. What a truly great organization.
Such wonderful people to work with and be associated with.  For an indie writer to be recognized is such an honor. And the fact that the readers are the ones who decide makes it even more important to me. They also have very informative discussions on “Goodreads” .

Will you self-publish again?
Probably, unless some big publisher offers me a deal I can’t refuse. Self-publishing is a great opportunity for  writers to showcase their work in a discipline that has become more and more difficult to be noticed. This past year I have found so many great stories by indie writers. I believe today’s readers are more concerned with a good story than who published it. On that note, I would like to thank  you for the opportunity to bring my book, Dirt, to even more reader’s attention.
Author Bio: 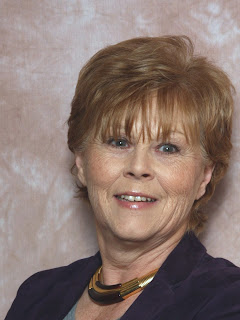 Born in Connecticut, raised in Florida, and lived all over the country. My residences almost match my careers.  I began as a nurse and when I became bored and disillusioned, I went back to school for an engineering degree. While working in the energy field, although it was a new and exciting field, I grew tired of fighting the good ol’ boy attitudes prevalent in the companies I worked with at that time. On to finance and technology.  Diverse, yes, satisfying, no. My real love was writing and in between working and being the caregiver to my parents, I have been honing my craft for the last 15 years.


I have three novels out there in the world of books, If Truth Be Known, For Benny and my latest Dirt. I am currently working on a new YA novel.  I don’t write in any particular genre. When I discover a story tumbling around in my head, whatever the genre, I write it. I refuse to be cornered into a specific type of writing.   I love taking a story, any story, and turning it into something people would enjoy reading. The best feeling in the world is seeing your book in the hands of a stranger with their eyes glued to the pages and no thought to what is going on around them. Nirvana.
SL Dwyer

A message from BRAG:
We are delighted that Stephanie has chosen to interview Sharon Dwyer who is the author of, Dirt, one of our medallion honorees at www.bragmedallion.com . To be awarded a B.R.A.G. MedallionTM, a book must receive unanimous approval by a group of our readers. It is a daunting hurdle and it serves to reaffirm that a book such as, Dirt merits the investment of a reader’s time and money.


Thank you!
Stephanie
indieBRAG
Posted by Unknown at 6:05 AM 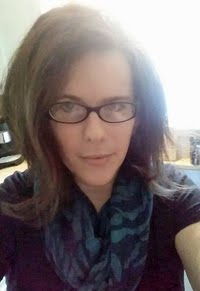 A Little Glimpse About Me

Welcome to Layered pages! I am delighted that you are here. At Layered Pages you will find all sorts of great posts. My name is Stephanie Hopkins and I have been book blogging since 2012 or there about. I was formally on the indieBRAG Team for five years and helped promote the B.R.A.G. Medallion, I was a short-list judge for the 2016 Historical Novel Society indie award. I have reviewed books for the Historical Novel Society, I review for various Publishing Houses, NetGalley and indie authors. I am an avid reader of Historical Fiction, American History, Alternate History, Non-Fiction, Crime Thrillers, and Mystery. I have several writing projects under way and I am always buried in research. When I am not pursuing my obsession of books, research, writing, chatting with fellow books lovers and authors-which is pretty much 24/7-I enjoy creating mix media art on canvas, fitness and I love the outdoors! These days I have no idea what rest is!

To get in contact with Stephanie email her at layeredpages@yahoo.com