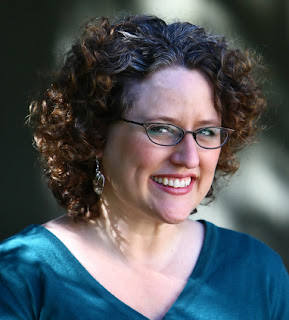 I would like to introduce Author Julie Rose, winner of the BRAG Medallion for her novel, "Oleanna."

Julie, please tell us about your story, Oleanna.

Oleanna and her sister Elisabeth are the last of their family working their farm deep in the western fjordland. A new century has begun, and the world outside is changing, but in the Sunnfjord their world is as small and secluded as the verdant banks of a high mountain lake.

The arrival of Anders, a cotter living just across the farm's border, unsettles Oleanna's peaceful but isolated existence. Sharing a common bond of loneliness and grief, Anders stirs within her the wildness and wanderlust she has worked so hard to tame.

When she is confronted with another crippling loss, Oleanna must decide once and for all how to face her past, claim her future, and find her place in a wide new world.


Who or what inspired you to write this story?


The book was inspired by the lives of my great-great-aunts and the lives they led after they lost so many of their family members—to death, and to emigration to America.

Oleanna is set during the separation of Norway from Sweden in 1905, and it's an imagining of Elisabeth and Oleanna's lives. Who were these women? What were their stories?  Why were Oleanna and Elisabeth still living together, alone on the farm, until their deaths (94 and 92, respectively)? Why did they never leave Norway? What were their lives like? What was it like to be left behind? 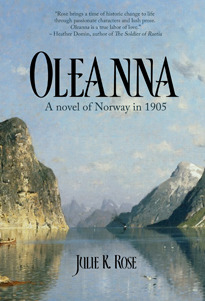 Is there a character in your story you relate to?


Oh, definitely. I think you have to, or else readers won't relate to the character, either. I definitely relate to Anders' idealism, and Elisabeth's frustrations, but I really relate most to Oleanna. My own journey through grief influenced hers, and I have to say, vice versa. I started writing Oleanna six months after my own mother died, so we helped each other through the process.


Were there any challenges writing your story?


I'd say the main challenge was how emotional it was for me. Because the themes and emotions of the book were so close to the bone for me, I had to take time to step away and get recalibrated. It took about five years to get a solid seven or eight drafts done, during which time I wrote (and edited, and rewrote) another novel, and made a start on two others.


What is your next book project?


I have two going at the moment.  The first is called DIDO'S CROWN, a kind of literary-historical-thriller, set in England, France, and Tunisia in the early 20th century (more information on this project can be found here: http://bit.ly/PeCwow ).


I'm in the middle of the first draft of the other project, so I won't say too much about it, except to say it's set in California, also early in the 20th century.


What are you currently reading?


What do you plan on reading next?


We'll see what Santa brings me! I have so many books on the to-be-read list, but I really want to read A Thing Done by Tinney S. Heath, The Year-God's Daughter by Rebecca Lochlann, The Thin Man by Dashiell Hammett, and The Etymologicon: A Circular Stroll Through the Hidden Connections of English Language by Mark Forsyth.


What advice would you give to an aspiring author?


Follow your heart. I know it's a cliché, but in this case, I strongly believe it's true. You have to write what interests you, what you are compelled to write, without regard for markets and trends. The publishing and the agents and the readers and the reviews will work themselves out—or not. Really, you have so little control over those kinds of things.


For me, writing is a kind of spiritual practice, and expressing yourself only works if you're being true to yourself.


How did you discover BRAG?

I discovered the Book Readers Appreciation Group on Twitter, and I'm so grateful for the BRAG Medallion awarded to Oleanna, and the support you provide to authors!

A message from BRAG:

We are delighted that Stephanie has chosen to interview Julie Rose who is the author of, Oleanna, one of our medallion honorees at www.bragmedallion.com. To be awarded a B.R.A.G. MedallionTM, a book must receive unanimous approval by a group of our readers. It is a daunting hurdle and it serves to reaffirm that a book such as Oleanna merits the investment of a reader’s time and money.


Posted by Stephanie Hopkins at 11:04 AM 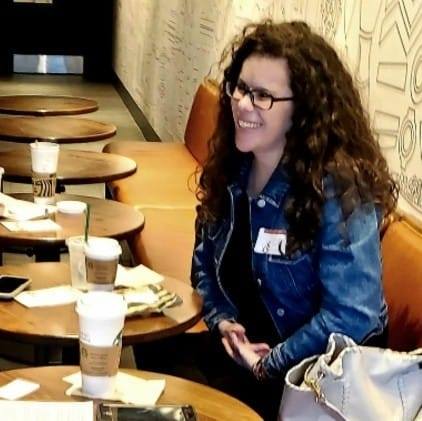